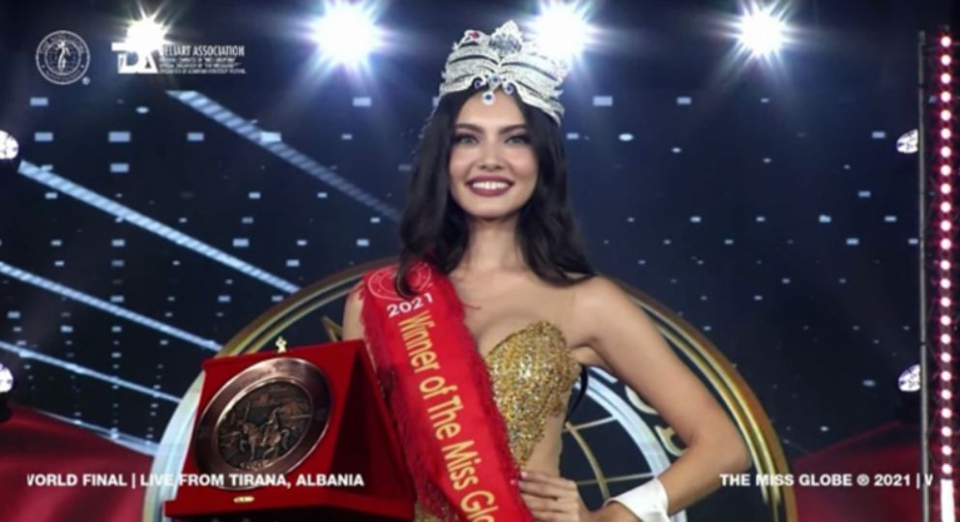 Beauty pageant veteran Maureen Montagne adds another title to her belt as she was crowned Miss Globe 2021.

The 28-year-old Pinay beauty was crowned on November 5 at Tirana, Albania after besting 50 other contestants who competed in the pageant's 18th edition.

Leading to her coronation, Montagne consistently placed high in the pre-pageant activities. She placed second in both the Head to Head challenge and swimsuit preliminary competition, and was a semifinalist in the Talent Night showdown where she gave a musical performance with her ukelele.

She also came second in the public voting after getting 16% of votes via Paypal. Miss Estonia was announced the public vote winner with 17%.

Montagne earned the right to represent the country after winning at the Binibining Pilipinas 2021 last July 11. She is the second Filipina to bag the Miss Globe title after Ann Colis in 2015.