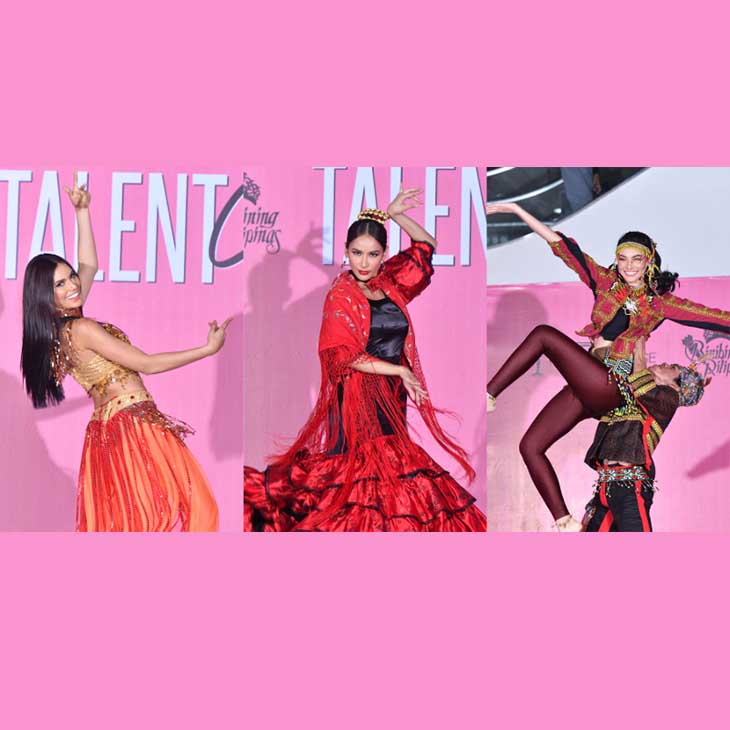 The Binibining Pilipinas competition heated up as some of this year’s candidates showed off their confidence and skills beyond beauty in the talent competition at the Farmers Plaza on March 30.

Considered as one of the major and most anticipated activities in the Binibining Pilipinas calendar, the talent competition was a testament to how well-rounded the contestants are. Seventeen of the 40 official contestants wowed the audience and judges with their singing, dancing and artistic talents.

Ilene de Vera, Jessarie Dumaguing, Larah Lacap and Gazini Ganados sizzled on stage with their sexy dance numbers. Francia Layderos and Denice Omorog served up a visual feast with their paintings. Ballerina Cassandra Chan was a picture of class with her number from Don Quixote. Sigrid Flores, Malka Shaver and Shane Tormes got the crowd singing along with their inspirational song numbers. Hannah Arnold, April Short, Dia Magno, Samantha Bernardo, and Emma Tiglao impressed with their folk dances. Alannis Binoya and Faye Murphy showed off their versatility with their song and dance numbers.

Aside from the talent competition, the contestants have also been busy with other pre-pageant activities including an interactive history lesson at the Gateway Gallery; and a photo walk and tour around Araneta Center, which was recently declared by the local Quezon City government as one of the nine tourism districts in the city.

On Tuesday, April 2, they will participate in their first charity activity as they promote awareness and acceptance for people living with autism as they headline Big Dome Lights Blue, in line with Araneta Center’s observance of World Autism Awareness Day.

They will then be presented to the members of the media in a by-invitation only event on Thursday, April 4.