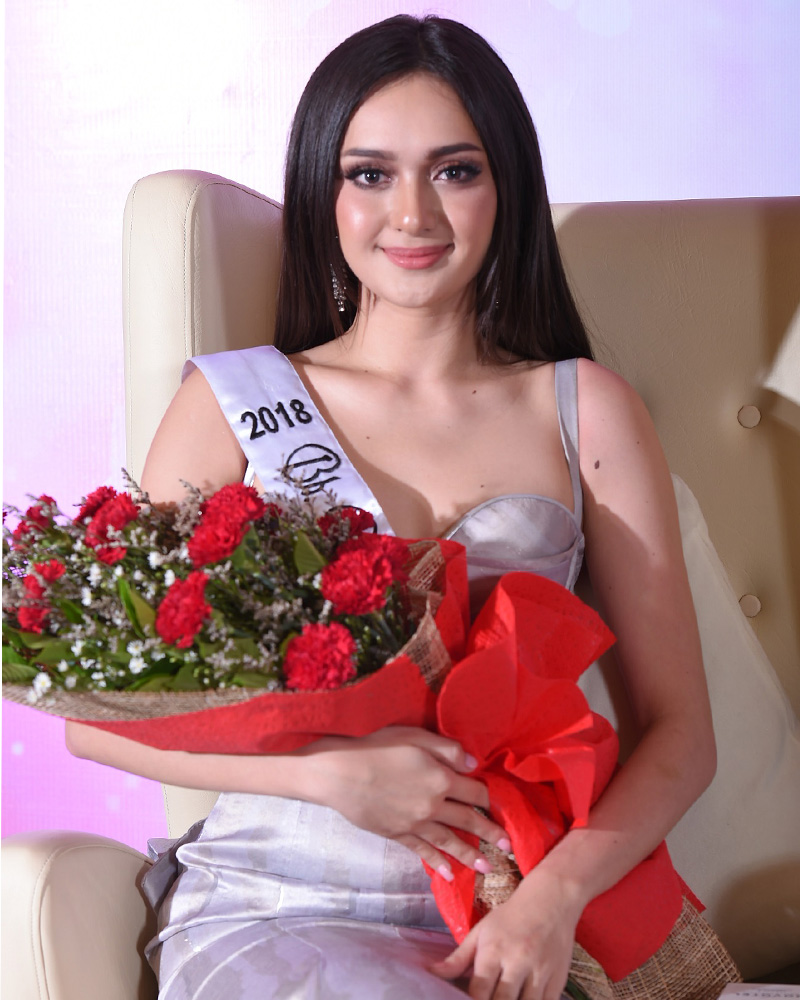 From being a festival queen in her beloved Quezon province, Binibining Pilipinas International Ma. Ahtisa Manalo is setting her sights on a much bigger stage.

Manalo, who at 21 is the youngest among this year’s Binibining Pilipinas winners, is determined to cop the Philippines’ seventh Miss International crown to tie Venezuela as the winningest nation in the prestigious tilt. The pageant’s coronation night is scheduled on November 9 in Tokyo.

The dainty beauty made this clear during the exclusive send-off party organized by the Binibining Pilipinas Charities Inc. (BPCI) for her at the posh Novotel Manila Araneta Center on Thursday, October 11.

Manalo hopes to follow up on the scintillating victory of Kylie Verzosa who notched the title in 2016. Incidentally, she has been drawing comparisons from Verzosa for their doll-like features. Other Filipinas who won the Miss International crown are Gemma Cruz in 1964; Aurora Pijuan in 1970; Melanie Marquez in 1979; Precious Lara Quigaman in 2005; and Bea Rose Santiago in 2013.

A huge fan of “Charlie’s Angels”, Manalo wanted to be a police officer when she was younger but did not get the nod of her family. She instead earned a degree in Accountancy from the Manuel S. Enverga University in Candelaria. In 2016, she was crowned Binibining Niyogyugan.

She considers LGBT (lesbian, gay, bisexual, transgender) rights and animal welfare as the social issues closest to her heart.