The search is on for the Binibining Pilipinas 2019 queens 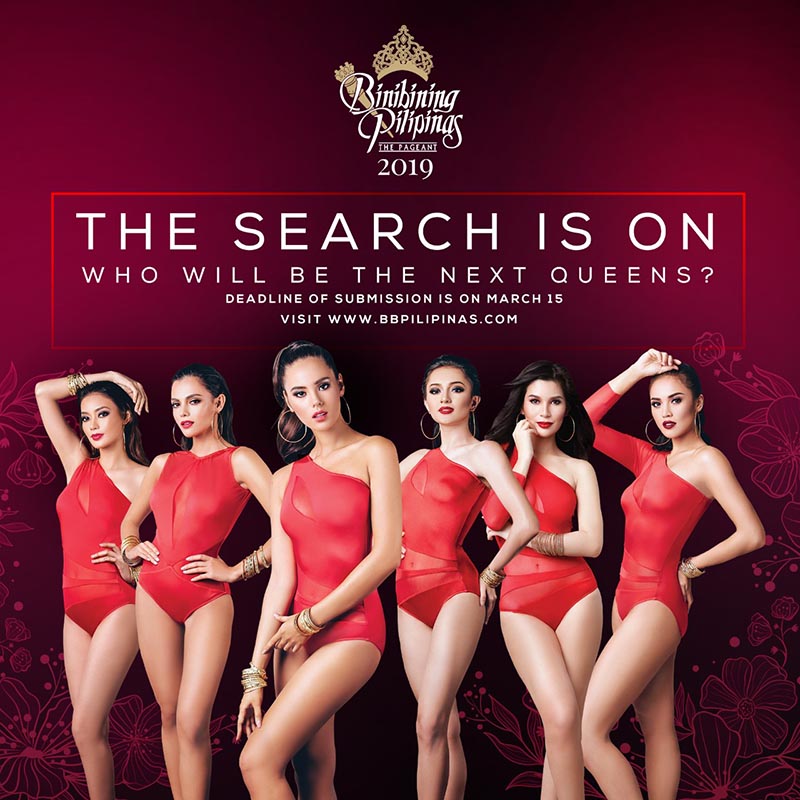 Binibining Pilipinas, the most prestigious beauty pageant in the country and one of the most anticipated competitions in Asia, is on the lookout for a new batch of queens who will represent the Philippines in the international arena.

Applicants will go through a rigorous screening process, which will be done by the BPCI screening committee led by Chairperson Mrs. Stella Marquez Araneta.

BPCI will then reveal the official candidates for this year's pageant. The lovely aspirants will again go through a meticulous screening period where the BPCI board will observe the ladies in various Binibining Pilipinas activities including the talent competition, National Costume competition, Parade of Beauties in Araneta Center, media presentation and interviews, charity visits, and many others.

The finalists will get their last chance to shine during the Grand Coronation Night slated in June.

Ma. Ahtisa Manalo also made the country proud when she bagged a first runner-up placing in the Miss International pageant.

Now on its 56th year, Binibining Pilipinas continues to be the top standard in honoring outstanding beauty contestants, having crowned countless of women who brought honor and pride to the country.

For more information and to download the application form, visit www.bbpilipinas.com.