‘Christmas is Home’: The COD returns to Araneta Center 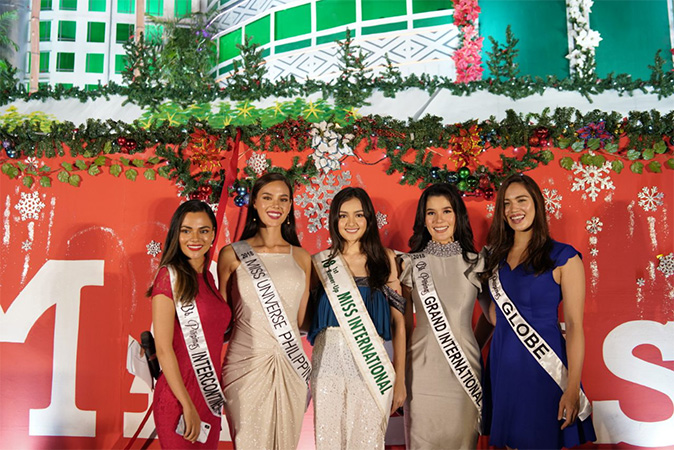 It’s a homecoming 16 years in the making.

With grand festivities marked by celebrity performances and fireworks show, the Araneta Center on Friday, November 23, launched the returning Christmas On Display at the Times Square Food Park.

The Christmas attraction reached iconic status thanks to its animated mannequins and moving stories—a combination it has kept since it was created by businessman Alex Rosario Sr. in 1957 to attract crowds to his Manila C.O.D. Department Store.

During the launch, thousands of visitors from different social classes and age groups welcomed back the Christmas On Display—a nostalgic moment especially for those who grew up watching the shows from 1966 until 2002 in the country’s premier lifestyle hub.

“I am sure that I share this with many people who have been coming here in the past every year to witness Christmas on Display—I am sure they will be pleased that they can see it again here with us at the Araneta Center and can recall memories of the past,” Mrs. Judy Araneta-Roxas, Vice Chair of the Araneta Group, said.

Rey Rosario, who now helms various animated display projects, said he was also happy that Christmas On Display is back to its true home. “It’s always been home to us. Ang sarap ng feeling na bumalik sa Araneta Center,” he said.

Mrs. Roxas and Rosario led the unveiling of this year’s COD, which also touched on the theme of homecoming—a topic all all too familiar to many Filipinos who travel great lengths to be with the ones they love for the Holidays.

They were joined by phenomenal star Maine Mendoza and rising child star Baeby Baste, who entertained the crowd with song numbers.

The internationally-acclaimed Mandaluyong Children’s Choir also gave everyone the Holiday feels with a string of Christmas carols.

A grand fireworks show also lit up the sky to welcome Christmas On Display to the delight of the crowd.

The Christmas On Display will have 15-minute shows with 15-minute breaks in between from 6 p.m. to 10:30 p.m. every Sunday to Thursday, and 6 p.m. to 11:30 p.m. every Friday to Saturday until January 6, 2019. Its new home on the Times Square Food Park is just a stone’s throw away from its original location.

The Araneta Center will also be a center of Christmas activities as the Big Dome holds, for the first time ever, the internationally acclaimed “Magic On Ice” in December. A show that has already astounded millions of audiences from the US, Europe, the Middle East and Asia, “Magic On Ice” is features an array of mind-boggling magic illusions combined with the grace and precision of ice skating. If you are tired of the same old Christmas offerings, this show for all ages – from kids, teens, couples, families and the whole clan! – will captivate you.

“Magic On Ice” runs from Dec. 25, 2018 to Jan. 1, 2019 only at the Smart Araneta Coliseum. Tickets are fast selling via Ticketnet outlets. Visit www.ticketnet.com.ph or call 911-555 and be the first to see this magic-and-ice spectacular.