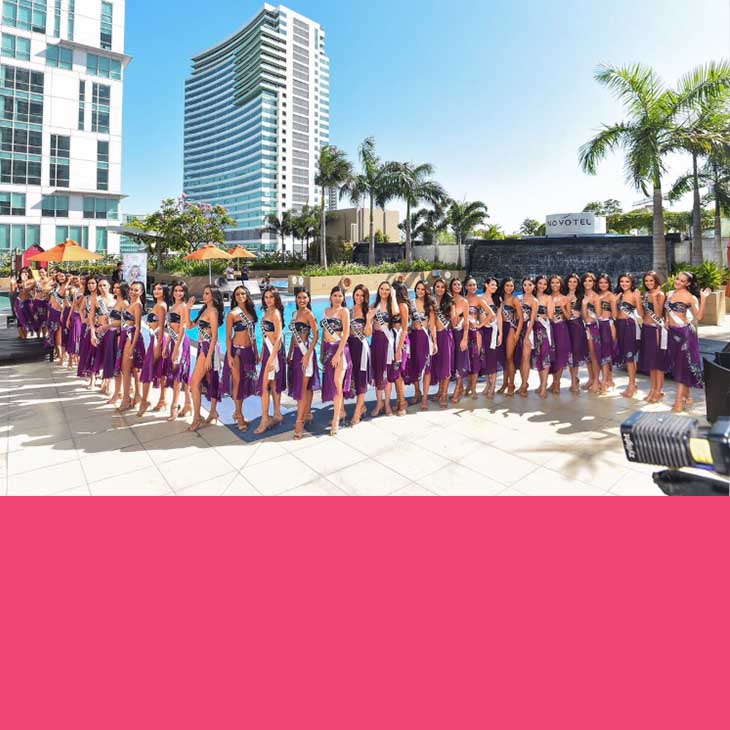 The 40 official candidates of Binibining Pilipinas 2019 thrilled members of the media, sponsors and the general public during their Press Presentation on Thursday, April 4 at the Novotel Manila Araneta Center.

Wearing their swimsuits, the gorgeous women competing in the country’s most prestigious beauty pageant wowed the guests with their beautiful physique and winsome personality as they introduced themselves and posed for photos at the hotel’s pool area.

The roster of this year’s finalists is composed of models, flight attendants, performers, students, multi-hyphenates and pageant veterans, who have their own stories to tell and advocacies to promote, proving that they exemplify traits #BeyondBeauty.

They are all vying for the chance to represent the Philippines in the most prominent international beauty competitions. They are the cream of the crop, having been chosen by the Binibining Pilipinas Charities Inc. executive committee led by chairperson Mrs. Stella Marquez Araneta in a rigorous screening process.

The Press Presentation also served as a mini reunion of past titlists, delighting pageant fans.

The Press Presentation is one of the most anticipated events in the Binibining Pilipinas calendar. Last Saturday, March 30, 17 of the 40 contestants slugged it out in the Talent Competition. On May 25, they will be going around Araneta Center, the Home of the Queens and recently declared as a Tourism District by the Quezon City Government, in the Grand Parade of Beauties, and on May 29, they will be sashaying in the stage in a glitzy Fashion Show at the New Frontier Theater. The pageant will culminate in the Grand Coronation Night at the Smart Araneta Coliseum on June 9.