The Binibining Pilipinas legacy through the decades

“Once a Binibini, Always a Binibini” has been the slogan of the Philippines’ most prestigious beauty pageant since its inception in 1964. Since then, thousands of Filipinas have dreamed of becoming a Binibini and yet so few have succeeded. But the Binibining Pilipinas Charities Inc. has succeeded in championing the Filipina throughout its long history.

Whether the Bb. Pilipinas was winning or losing internationally, BPCI has never grown tired of supporting them. It is a commitment born out of passion and love.

When you ask various generations of everyday Filipinos about significant events during particular decades, it wouldn’t be surprising to hear them mention the victories of Gloria Diaz and Margie Moran or Manila’s hosting in 1994 and 2016 of the Miss Universe pageant. Younger Filipinos will remember Pia Wurtzbach and Catriona Gray.

When an event such as the annual Bb. Pilipinas beauty pageant has such a huge cultural impact, to question its relevance would be to miss the point of seeing its true beauty. It goes far beyond the beauty that is seen. But it’s the beauty that is felt when a young Filipina’s dream is fulfiled and a nation unites to celebrate the Filipina.

Let’s take a quick look at the queens who have made a mark in the not just the pageant world but in Philippine history and in the hearts of the Filipinos. For the purposes of brevity and current titles, only major titles are included. 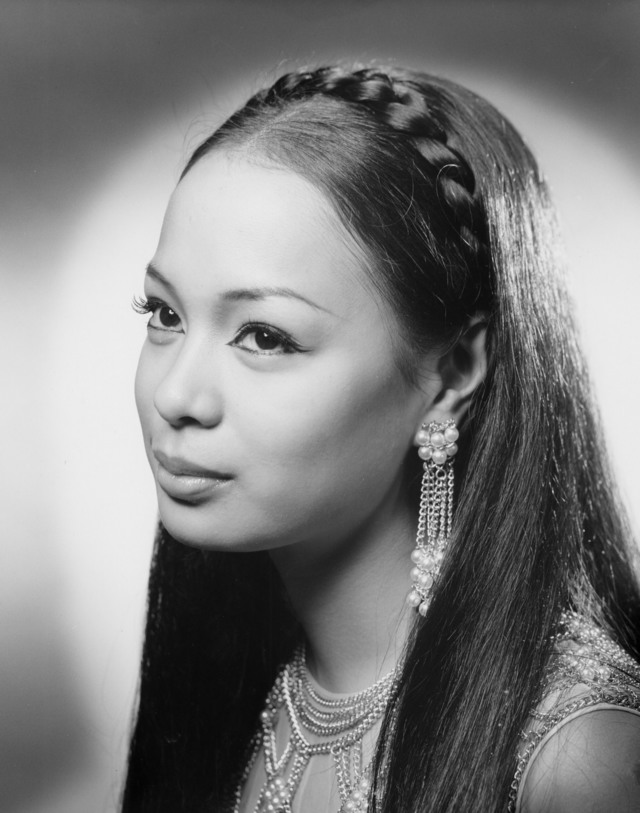 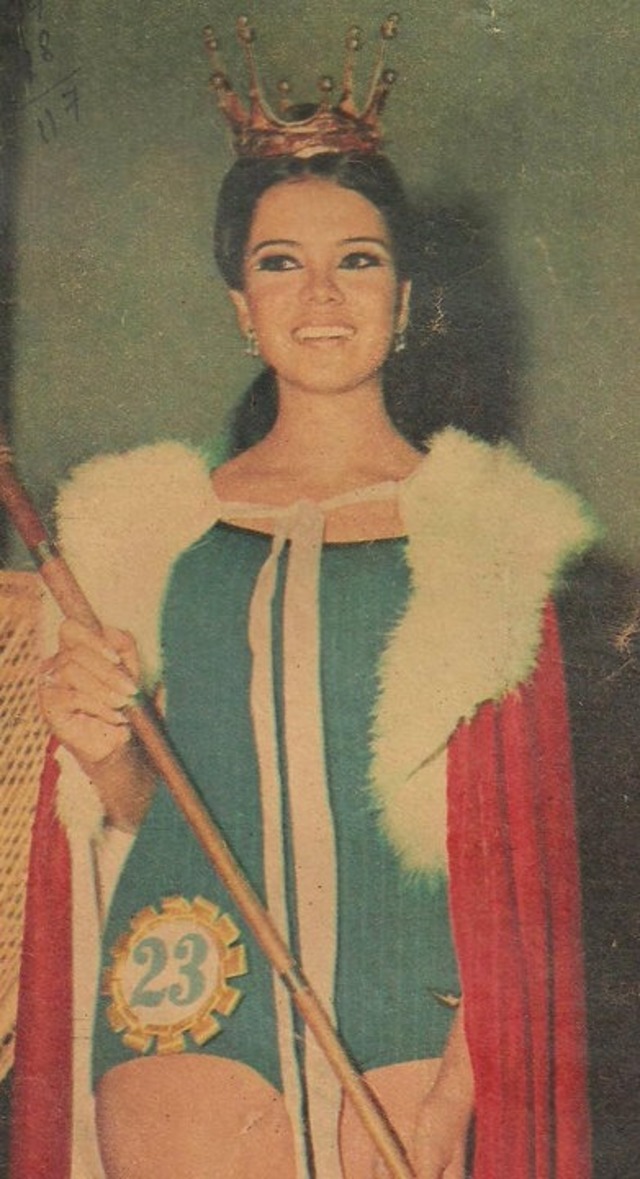 It was only in 1969 that Bb. Pilipinas crowned both Bb. Pilipinas Universe (Gloria Diaz) and Bb. Pilipinas International (Margaret Rose Montinola) on the same pageant night. It must have been a very exciting time to enter the semifinals two years in a row at the very infancy of the organization and then win 5 years later.

The placement of Armi Crespo in 1972 was also significant because it was the first year that the Miss Universe pageant was held outside of the United States. It was held in Dorado, Puerto Rico. The Latinos got a very early introduction to the Filipina queens.

On July 21, 1974, the Miss Universe Pageant was held outside the US for the third time at the Folk Arts Theater (now Tanghalang Francisco Balagtas) in Manila. This was specifically built to be the venue for the pageant. Along with the advent of the television at this period, Filipinos all over the country became enamored with these beautiful women during this amazing event. 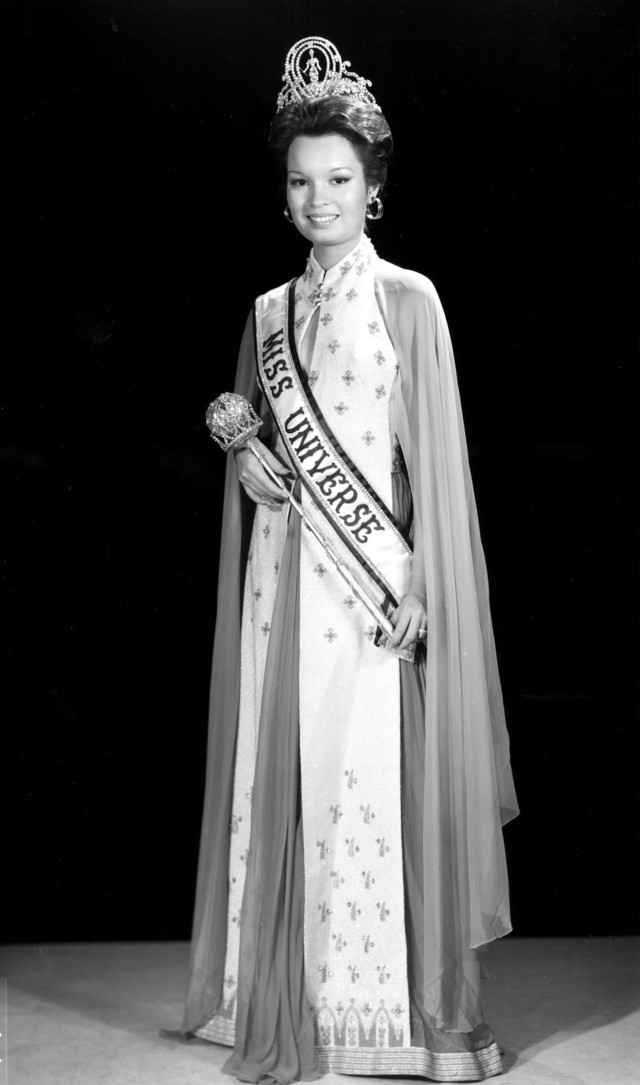 This decade also saw two Miss Internationals crowned, three runner-ups, and two semifinals placements. The country truly dominated the Miss International beauty pageant with these beautiful women. The notion that a Filipina representative to Miss International must possess doll-like mestiza features must come from an observation of the qualities of these Binibinis. 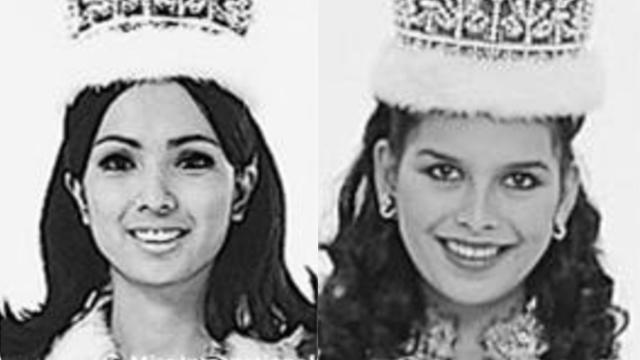 Coming from a very successful decade, the 1980’s wasn’t as successful internationally for the Binibinis. Only a handful of the queens were able to place in their respective pageants. It’s a wonder that even though these women did not bring home the crown, they became household names and gay icons. Talk to any pageant afficionado from the 80s and they’ll know exactly who these women are.

The 1980s was also a time when the fashion designer and model protege partnership was very common. It was the equivalent of today’s camp or glam squad. Back then, a designer’s muses could easily become tomorrow’s Bb. Pilipinas beauty queens.

Renee Salud was the queen of all queens that included Chat Silayan, Desiree Verdaro, and Sara Jane Paez.

Of the 80s Binibinis, Alice Dixson is probably the most popular, having found major success in the entertainment industry as one of the country’s main leading ladies.

During the 1988 Miss Universe pageant held in Taipei, Taiwan, where 4 of the Top 5 finalists were Asians, the Philippines’ bet Perfida Limpin failed to make the cut. Many pageant observers back then used to wonder if the results would be different had the previous year’s representative, Geraldine Asis been sent. But as with any pageant, it truly does depend on the girl’s destiny.

ON THIS DAY | Exactly 38 years ago today when #MissPhilippines Maria Rosario "Chat" Silayan won 3rd Runner-Up at the #MissUniverse1980 pageant in Korea. Chat, an actress, died aged 46 in 2006 due to colon cancer. #ChatSilayan #MissUniverse #Pageanthology101

1984: 🇵🇭 Ma. Desiree Verdadero is the Philippine representative at the 1984 Miss Universe pageant. She has this charm that everything she does on the stage, she stood out. During the Preliminaries, Desiree ranked second to Miss Sweden in the top 10. She also ranked third during the swimsuit competition on the finals night. And ranked third, in the evening gown competition. Her filipiniana inspired colorful gown designed by filipino designer Rene Salud also marked during the pageant. Desiree, finished 3rd runner up at the conclusion of the 1984 Miss Universe. It was held on the 9th of July 1984 at the James L. Knight Convention Center in Miami, Florida, USA. | Part 1 #PageantThrowback #MissUniverse #MissPhilippines #MissUniverse1984 #Filipina #pinay #65thmissuniverse #DesireeVerdadero #4M4MU #powerhouse #asia #missuniverso #philippines 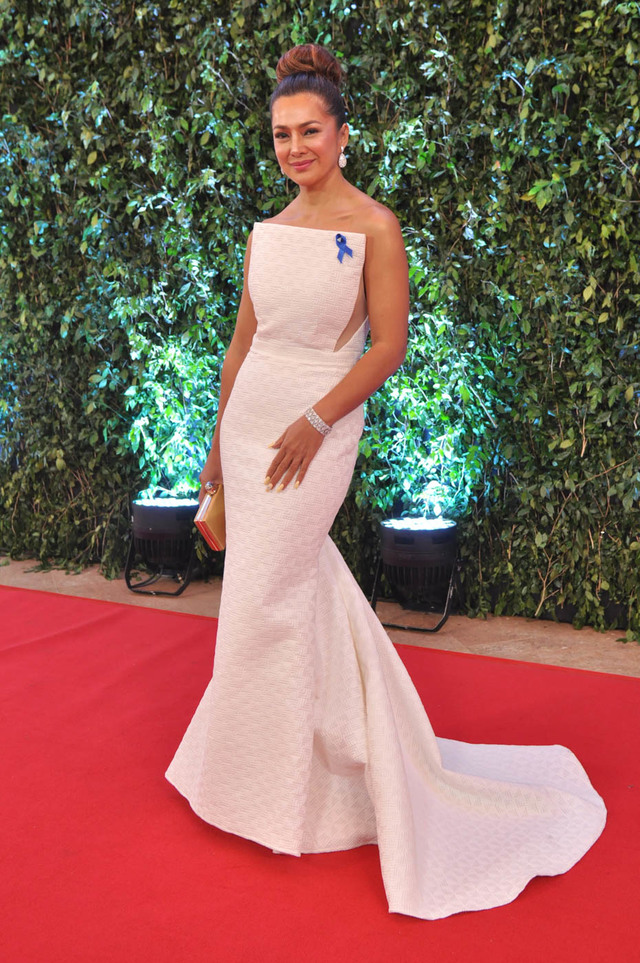 The 1990’s will best be remembered when the Universe and the World both fell under the Bb. Pilipinas franchise. Suddenly, only 1 pageant mattered in the Philippines because all the major titles worth competing for were to be won here.

In 1992, Marilen Espino was crowned the first ever Bb. Pilipinas World. However, it was Filipina supermodel, Marina Benipayo, who ended up competing at the Miss World 1992 pageant.

In 1993, actress Sharmaine “Ruffa” Gutierrez almost won the country’s first Miss World crown in South Africa. Many believe she was robbed that night because she was the most beautiful among the winners and had given a solid answer. We would have to wait another 20 years before we got our Miss World title.

The 1990s was a decade riddled with citizenship issues. Fil-Am beauty, Anjanette Abayari would be first to fall victim in 1991 after having been crowned Bb. Pilipinas Universe. Tisha Silang (1998) and Janelle Bautista (1999) would face similar fates during their years.

In 1999, Miriam Quiambao gave the Philippines a 1st runner-up finish in Miss Universe – it was the closest the country got to victory. Miriam is the only Filipina ever to win the Clairol Herbal Essence Style Award. She was sent to Venezuela to train for the Miss Universe pageant. 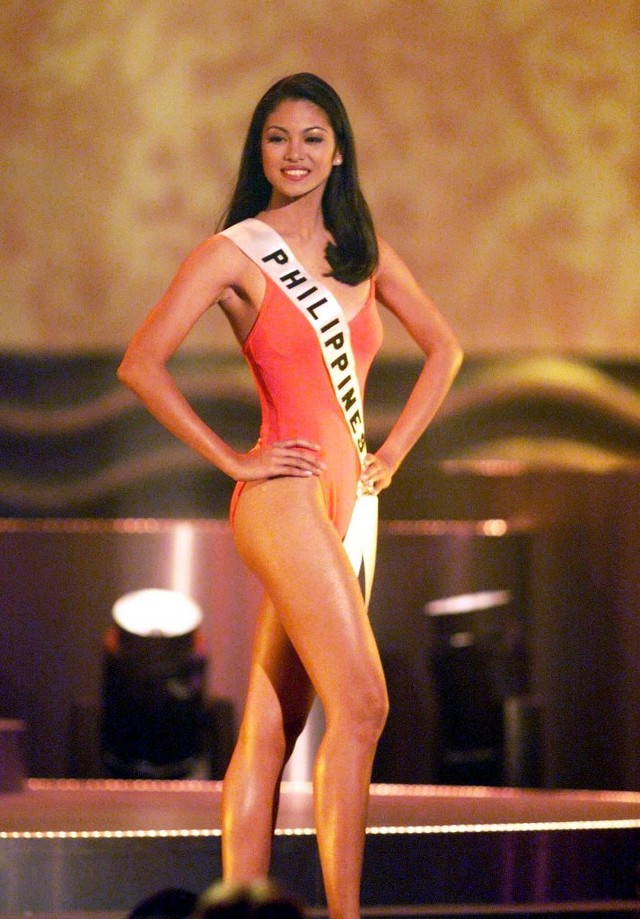 The most successful batch was 1994 – it included Charlene Gonzalez (Universe), Caroline Subijano (World), and Alma Concepcion (International) who all placed as semifinalists in their respective pageants. Their 1st runner-up, Abbygale Arenas, would later become Bb. Pilipinas Universe 1997. Maybe the high caliber of candidates was due to the fact that we hosted Miss Universe 1994. Unfortunately, the girls who wanted to be host delegate may not have known the odds would be against them.

A 5-year streak as a semifinalist in Miss International was a good feat considering that we did not win or place during this decade.

Just when Miriam’s runner-up finish made the Filipinos even thirstier for a win in Miss Universe, came the 2000s. It was the most dismal showing of the Philippines in Miss Universe with zero placements. It makes one wonder what went wrong.

My theory is simple – many assumed that the Q&ampsA cost Miriam the Miss Universe title. So, in choosing the next Bb. Pilipinas Universe, someone who was articulate became the primary factor. However, there was a shift in what the Miss Universe Organization was looking for. Not only were the winners good or at least adequate speakers – they were tall goddesses. Of the ones we sent, maybe only a couple fit the bill.

The biggest winner in the 2000s was undoubtedly Precious Lara Quigaman. Prior to that, Melanie Marquez’s win in 1979 was the country’s last major title. 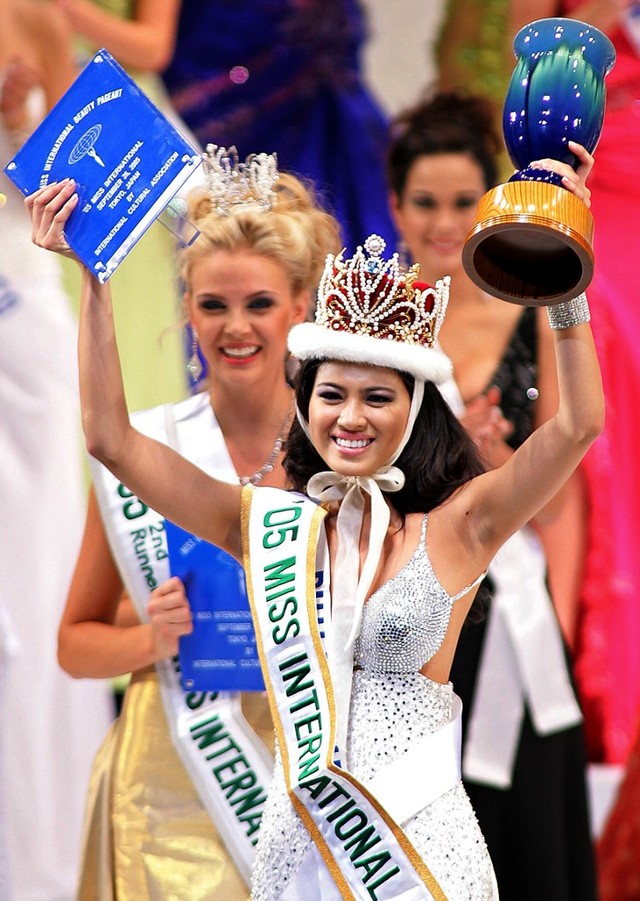 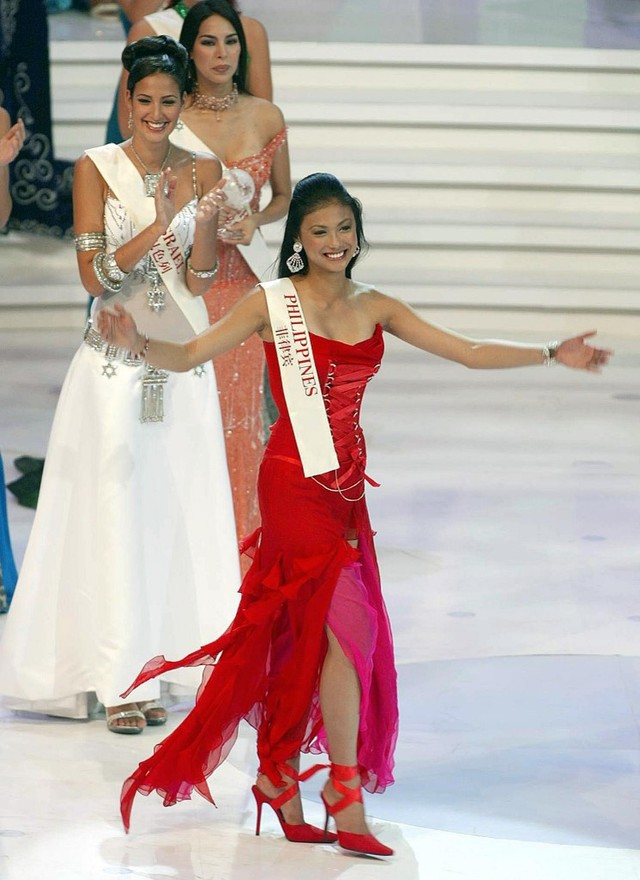 Philippine representatives were giving Filipino fans something to cheer for in Miss World with a 4 year streak (2002-2005) in the pageant.

Binibining Pilipinas 2020: Talent competition celebrates Valentine’s Day for a cause

Make the Binibining Pilipinas 2020 candidates your date this Valentine's day!

Araneta City continues to brighten up with Giant Christmas trees